Unlocking the benefits of multilingual education 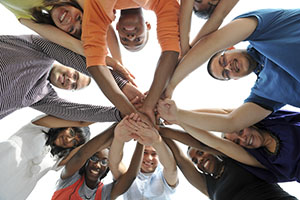 One of the many basic human rights children across the African continent miss out on is the right to education in their mother tongue. This may not be as immediately shocking an image as children facing abuse or starvation, but in the long run the results are devastating in their own right.

Adama Ouane, Director of the UNESCO Institute for Lifelong Learning, pointed out that “Africa is the only continent where the majority of children start school using a foreign language”. It’s not a huge leap in logic to assume that linguistic imperialism is one of the many factors that contributes to the developmental gulf that exists between Africa and its richer cousins. Even in postcolonial Africa, so-called world languages such as English and French still dominate as lingua francas, despite the rich multilingual heritage of individual countries. Combined with the educational challenges facing Africa, this dominance of world languages leaves many Africans and South Africans in a Catch-22 of unassailability and unattainability, as Professor Neville Alexander once put it. To paraphrase: the position of English in South Africa seems unassailable, but at the same time an adequate command of it is, for many people, unattainable.

Mother tongue education all the way through to tertiary level is certainly the ideal, but the sad reality is that in an African context it remains the privilege of very few. But there are alternatives. Some of the latest research on multilingual education clearly shows that a solid base in the mother tongue is an essential first step in education, especially in the developing world. After this a second language should then gradually be added (so-called additive bilingualism), but this should still be done in the first few years of formal schooling. This is the most likely approach to produce learners who have a solid grasp of numeracy, literacy and other subjects, but who also have the bilingual skills necessary to master a transition to the world language as language of learning at an intermediate level of education.

In South Africa, strides have been made towards mother tongue education. The Department of Basic Education has implemented this approach in the Foundation Phase, but there is a growing perception that it has in no way improved the educational results in schools. Learners are really battling to make the transition to learning all their subjects in English in the Intermediate Phase (grades 4-6). This raises the question whether the approach itself is flawed, or whether it is a case of unsuccessful implementation. I suspect it is the latter and that the secret to making multilingual education work in South Africa is getting the teaching of English as First Additional Language right in the Foundation Phase. This is, of course, easier said than done, particularly in schools that are under-resourced as it is.

Resources are critical to making additive bilingualism work in our schools. Not only do we need well-trained, dedicated teaching staff, but also other resources. The national and provincial education departments’ recent spending on resources such as workbooks, readers and dictionaries has been very encouraging in this regard, and publishers have certainly stepped up to the plate too. To support multilingualism, Oxford University Press Southern Africa has, for example, published a range of 10 bilingual dictionaries that is aimed at learners in the Foundation Phase and covers all of South Africa’s official languages. Each includes English and another South African language. Each book is in full colour and richly illustrated with 16 everyday scenes containing familiar elements such as family and friends, a sleepover, shopping, a party, a picnic and sports day. Each theme page contains an alphabetical word list with at least 20 words, speech bubbles with useful phrases, a little humour and a puzzle question. In addition to the theme pages, there are several reference pages with key vocabulary for numbers, shapes, the time and days and months, colours, opposites and spatial relationships (prepositions).The colourful, fun-filled pages strive to make learning a new language easy and attractive.

The Oxford First Bilingual Dictionary series merges seamlessly with the Foundation Phase curriculum. Through several language activities, including reading, creative writing, spelling and pronunciation, young learners are given the opportunity to apply their new language knowledge. They are also guided in the use of dictionaries, which further improves their communication skills. For the teacher and parents there are comprehensive answers and notes on the activities. A two-page index for each language covers all the vocabulary on the theme pages. Lastly, story pages at the back tie in with each of the scenes earlier in the book. These stories are presented in both English and the other language, so that teachers can use them to teach the second language in a fun way. After all, what better way for children to learn a new language than through stories!

With initiatives like these and others from publishers, the private sector is supporting the drive towards multilingual education. Having learners that eventually exit school not only strong in their various subject fields, but also fully bilingual to allow them to enter a job market that is predominantly English, can only be a major benefit to all who want to see South Africa prosper economically. But if we are to get this right, mother tongue education with additive bilingualism must succeed in the Foundation Phase. For the sake of our children it has to.